“The Ribonnie” loves to hide around the underwater plants. Its tail can wrap around them. This fish can camouflage itself to look similar to the leaves of the seagrass. When a straight-nosed pipefish and its beloved one decide to start a family, the future mummy sticks her eggs to the male’s belly. Their children are only 1 cm long. 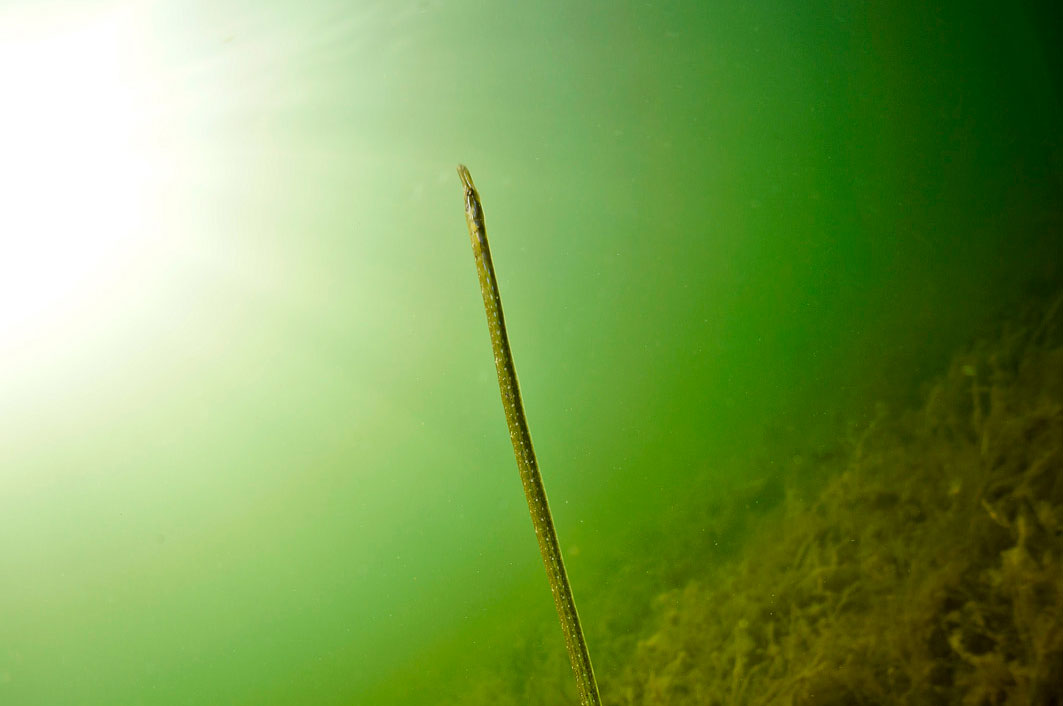 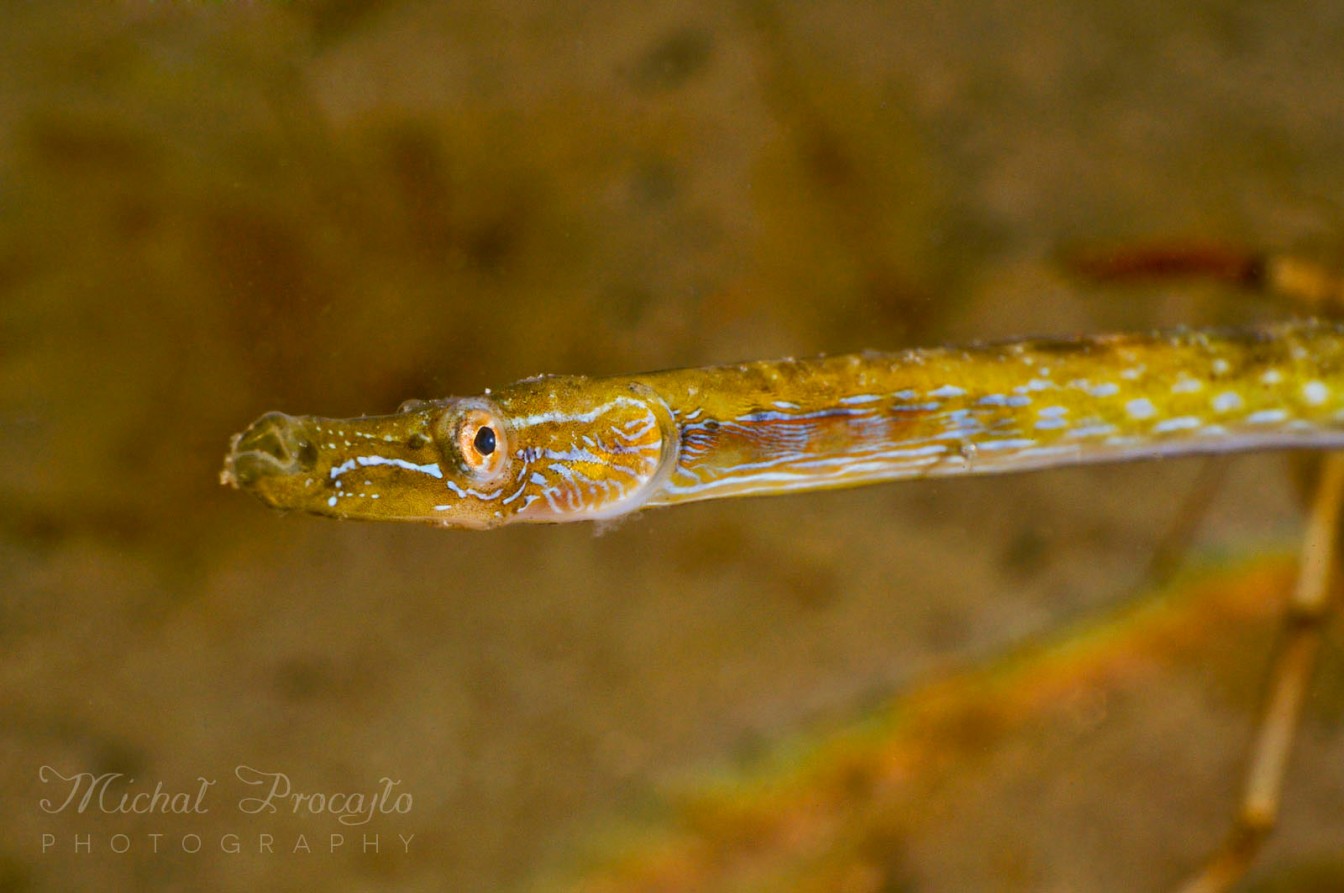 Who would have thought? The straight-nosed pipefish is a cousin of a sea horse!

previous: The lumpsucker, “the Suckie” next: The laver spire snail, “the Tiny”