The butterfish, “the Speckle”

Is it a snake? No, it’s a fish. A butterfish! Its body is long as a notebook. Our little snaky fish is turning its mouth upwards, as if it wanted to give you a kiss. It’s unique, because its dorsal fin spans its whole body. Along its back you can see 9-13 round, black spots. Maybe we should give it a nickname of “the Speckle”? What do you think?

The butterfish is a common resident of the Baltic Sea. It likes to dive in shallow water, just around overgrown, stony seabed. “The Speckle” starts a family around the end of the year - during the late autumn and in the winter. The future mummy lays eggs on seashells or stones, which she later closely guards. 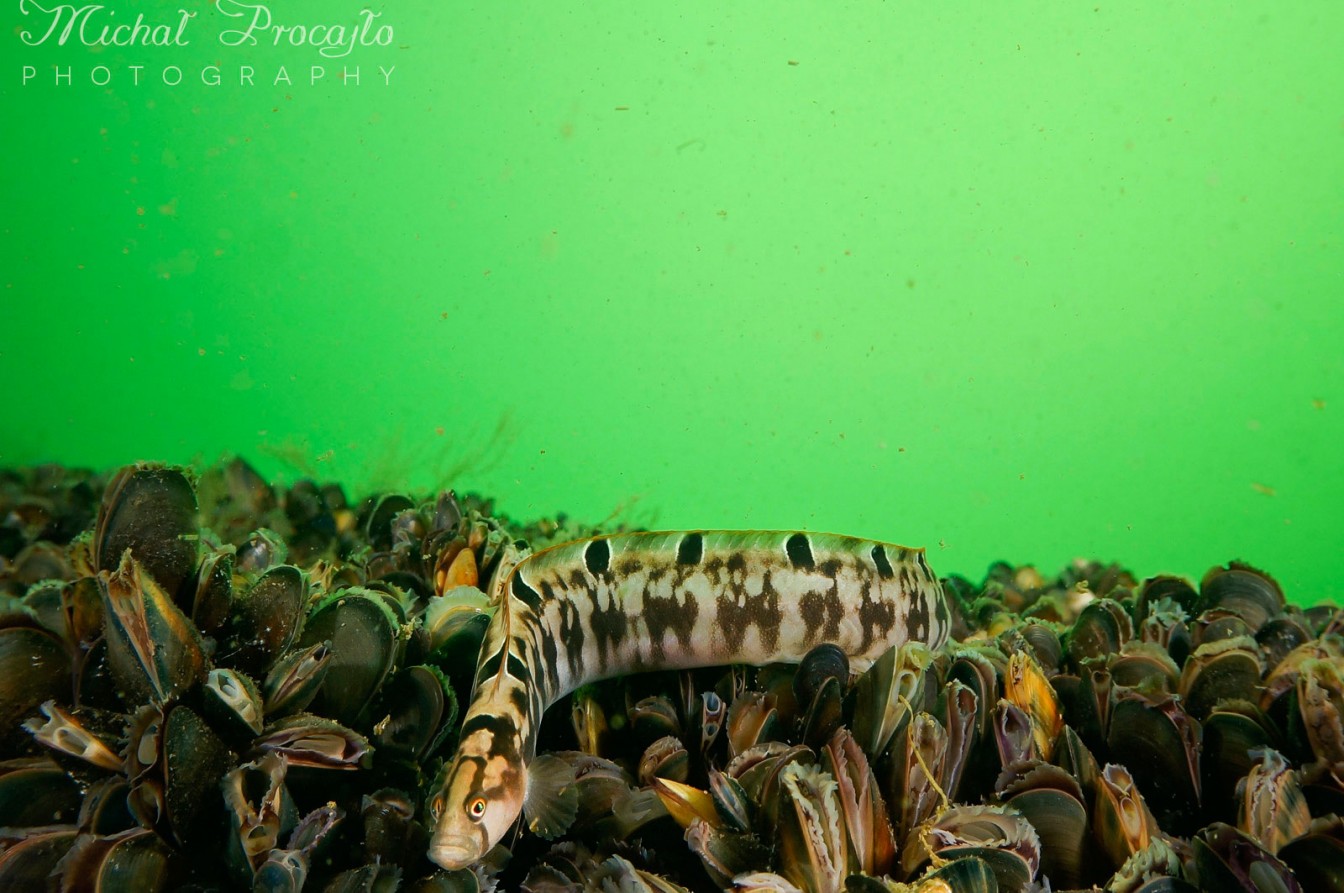 The body of the butterfish is covered with a thick layer of mucus. This clourless, slippery and slimy fluid enhances swimming.

previous: The blue mussel, “the Friend” next: The eurasian oystercatcher, “the Three Toes”