The soft–shelled clam, “the Bashful”

Oh! What a big shell! It’s the biggest clam in the Baltic Sea. Its shell reaches up to 7 centimetres in length. The shell is thick, but delicate. It’s got an oblongly oval shape with a slightly opened end as the tube coming out of the shell does not fit in it.

Why does it need the tube? The soft –shelled clam is shy and it likes to bury itself in sand, so no-one would bother it. “The Bashful” is a frequent inhabitant of shallow seabed. 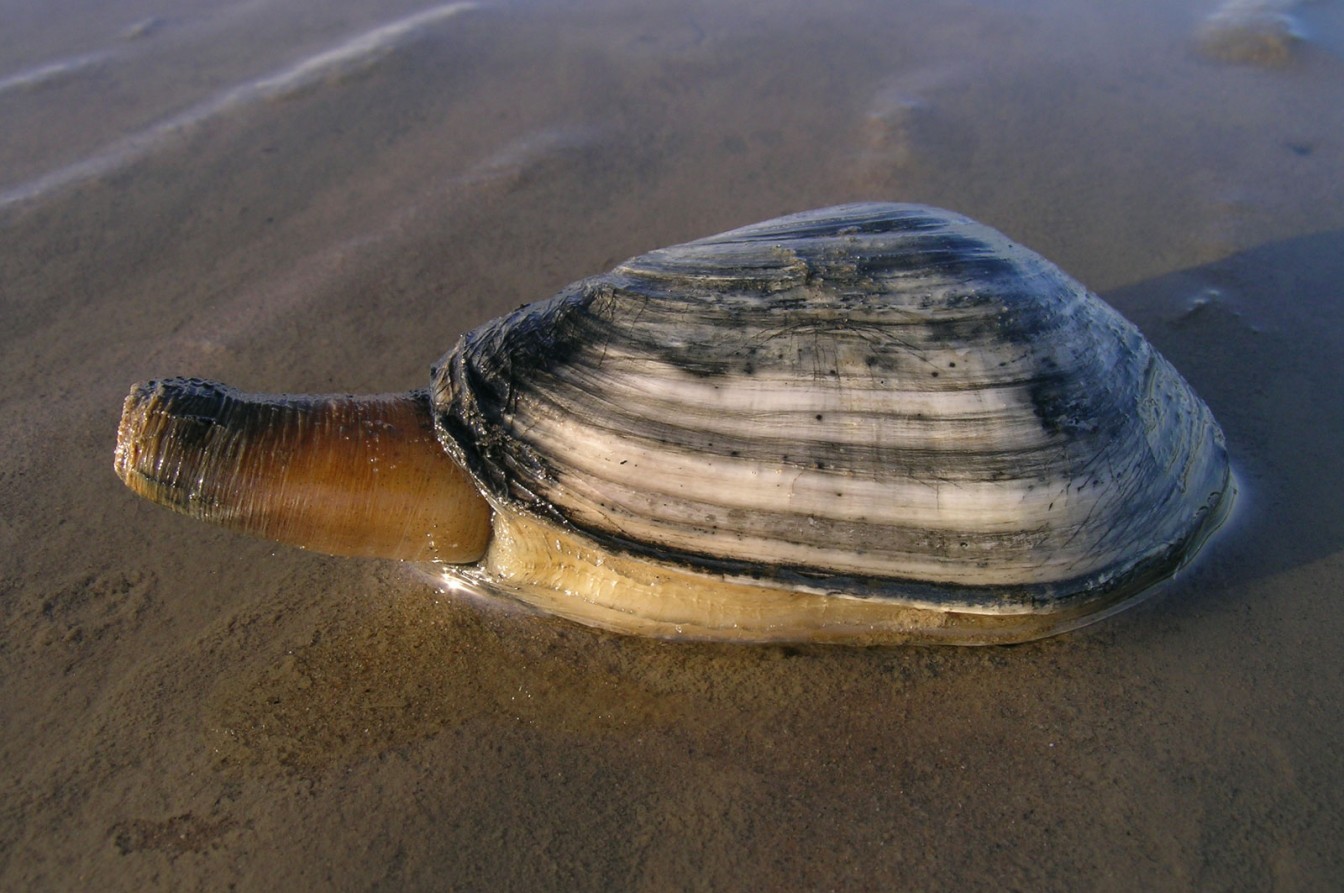 As the clam loves to be buried in the sandy seabed, all that is exposed then is the top of its tube only. Thanks to the tube, the clam breathes and gets its food. When it becomes nervous, it contracts its tube. Sometimes, the top of it is eaten by fish, but it can regenerate later.

previous: The atlantic salmon, “the Pink King” next: The black-headed gull, “the Cleaner”