What a huge worm! No wonder saduria entomon is the biggest crustacean in the Baltic Sea. It reaches up to 8 centimetres in length. Our “Giant” has got a flattened body with a teeny head. At the back of its body, we see a fat thorax that is its bottom, which is narrowing at the end.

The story of its family in the Baltic Sea goes back to the postglacial times. The saduria entomon feasts on various delicacies, from the dead animals and plants, up to its… friends. The Giant is a cannibal. It itself is a favourite dinner for young codfish. 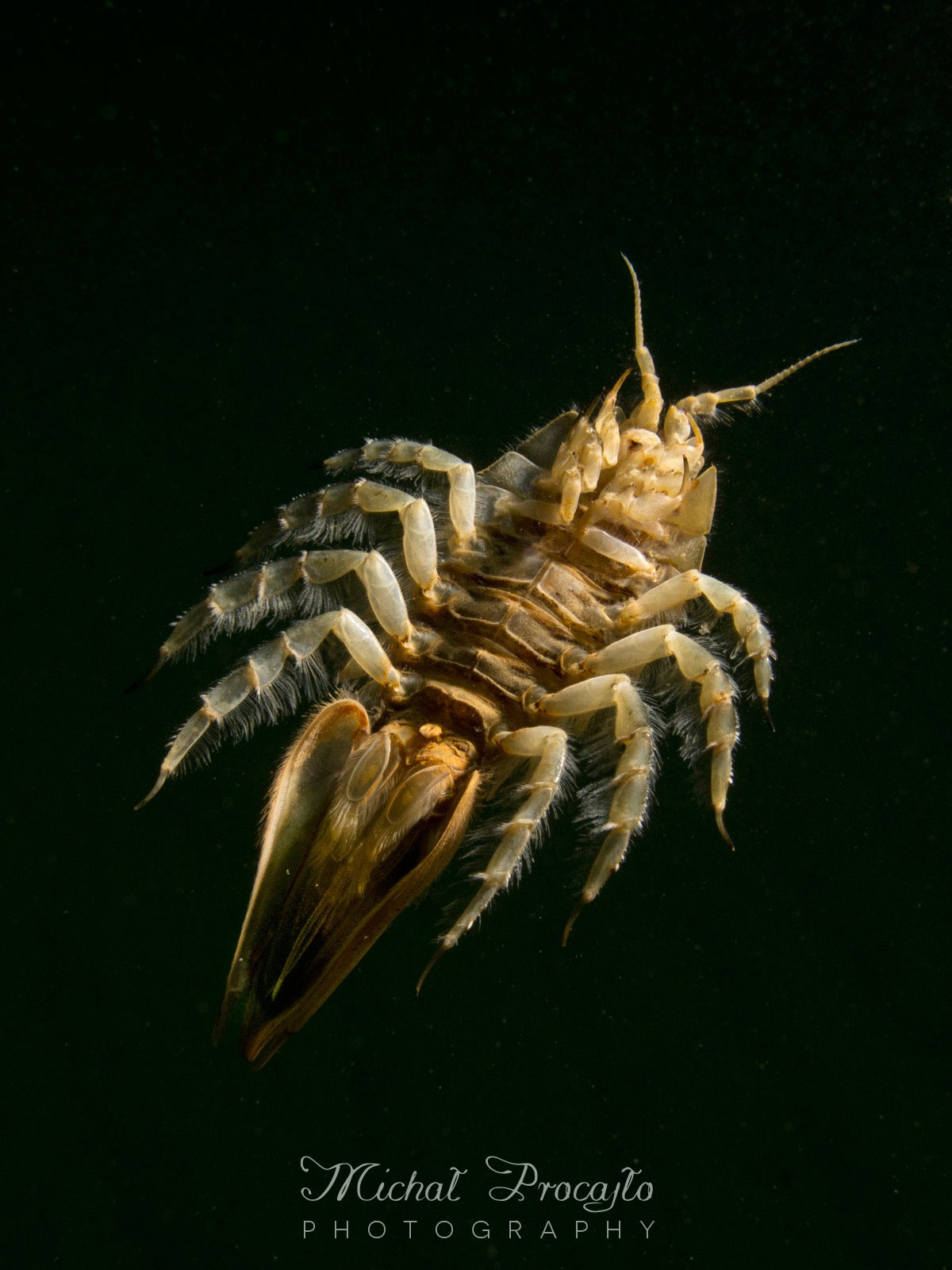 “The Giant” is a slow and sleepy animal, which can swim above the seabed, but upside down. It does it only at nights, because at daytime, it buries in the seabed, with only its bottom exposed above the surface.

previous: The bay barnacle, “the Little Tulip” next: The baltic macoma, “the Pink”