The grey seal “the Cutie”

It’s the biggest seal in the Baltic Sea. Male grey seals are much bigger and heavier than females. It’s easy to distinguish them.  This seal’s snout is elongated, just like with doggies, and its back is darker than its belly - grey, with small, dark spots. The grey seal loves to feast on fish.

“The Cutie” likes to be accompanied by its friends and family. It’s active during daytime and at night it sleeps waking up every few minutes in order to catch some deep breath above the surface of water.  Those seals can sleep both on land and in water. On land, they move rather clumsily by moving around with their front flippers while the hind ones are dragged behind. In water, the seal feels great and swims using its hind flippers. During its journeys, every now and then it often goes ashore in order to have a rest. While on land, “the Cutie” feels insecure and is rather skittish. Usually, after few hours of rest it goes back to water and swims away. It looks around carefully and stays alert. When there is a human approaching or any other possible source of danger, it flees back to water. Still, when “the Cutie” feels sick, it can look friendly and can even let us come closer. But when it feels threatened by our presence, it can attack and bite. Better be careful! A young grey seal has got white fur. Being fed by its mother, it’s three times heavier already two weeks after its birthday. Can you imagine this? 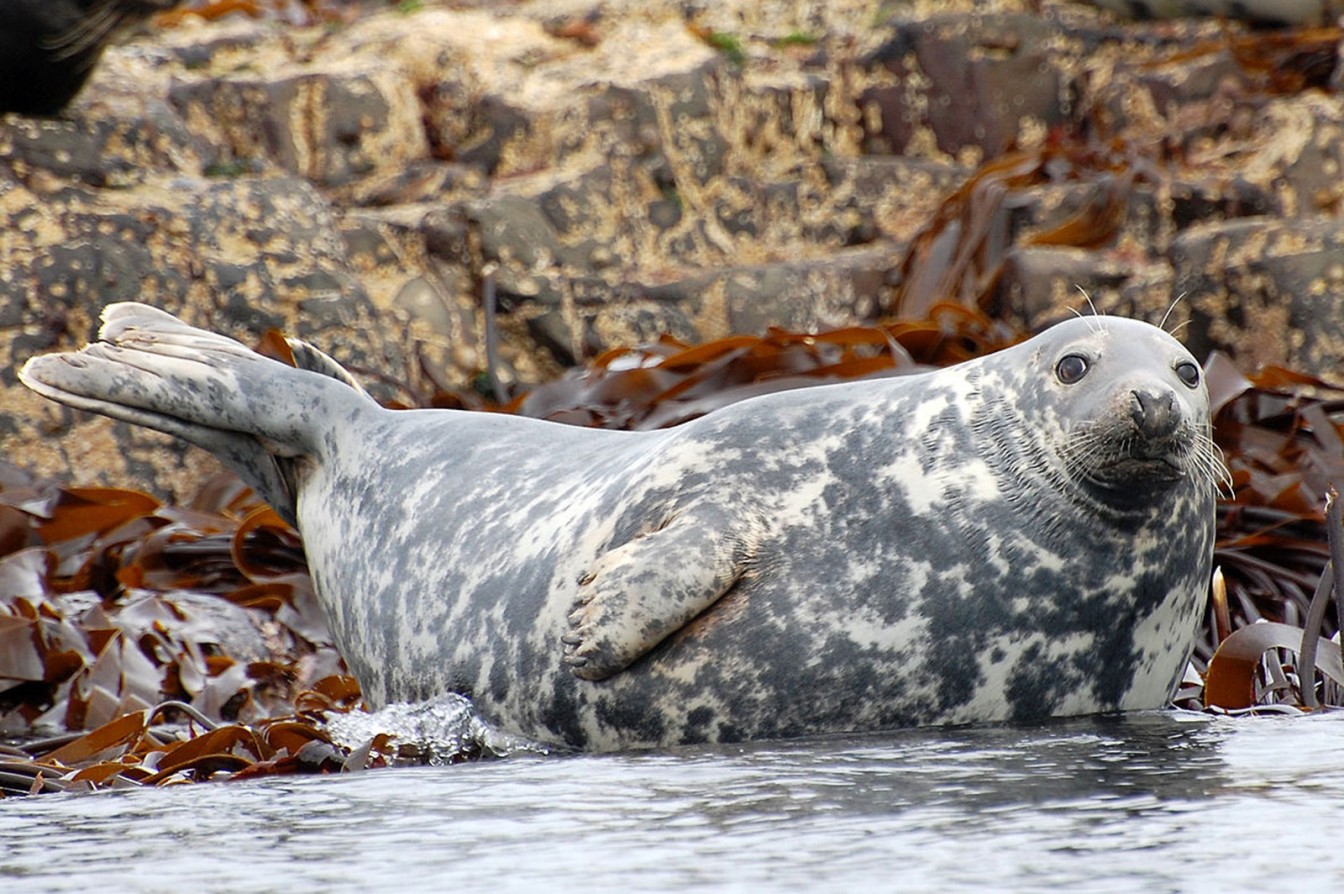 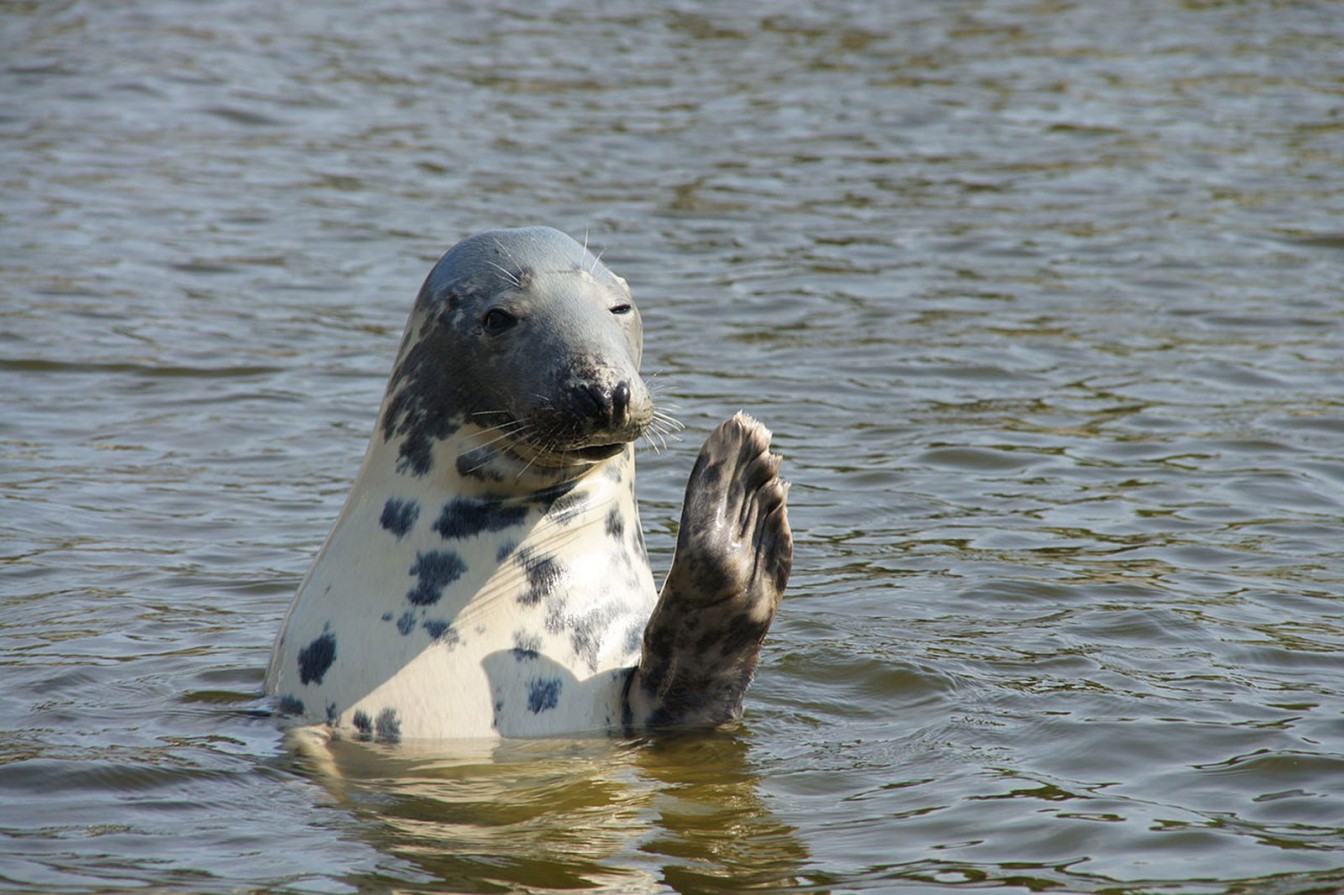 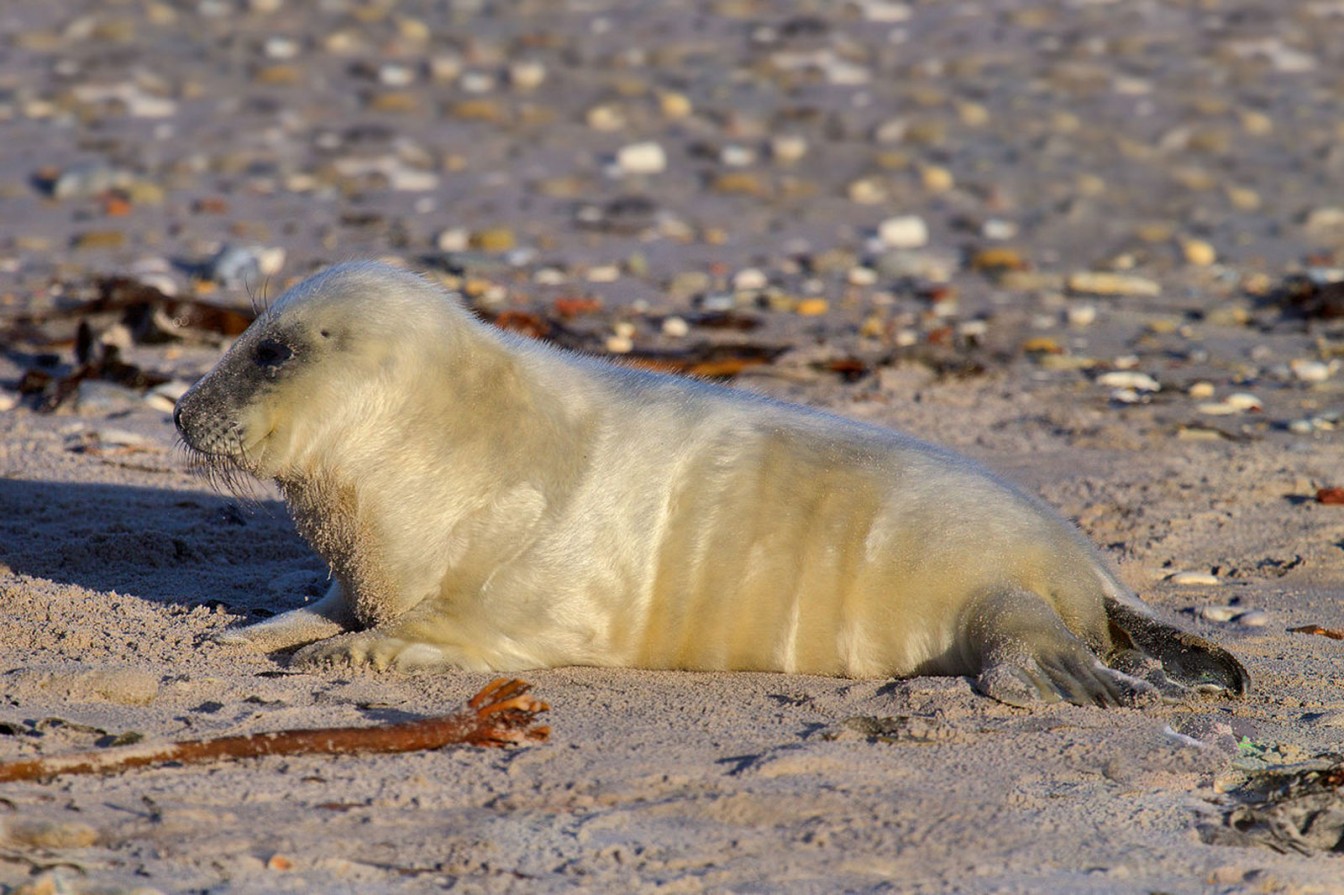 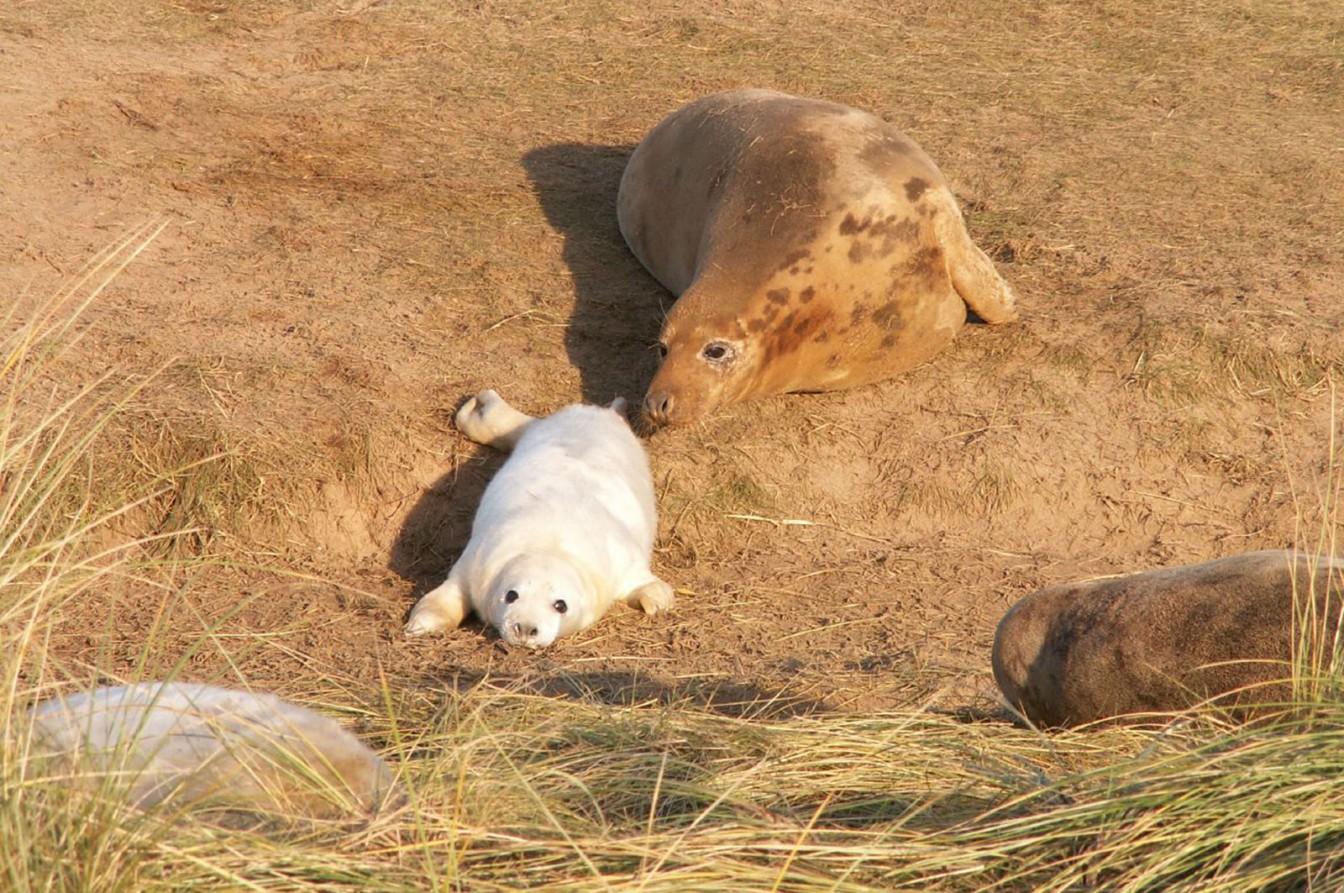 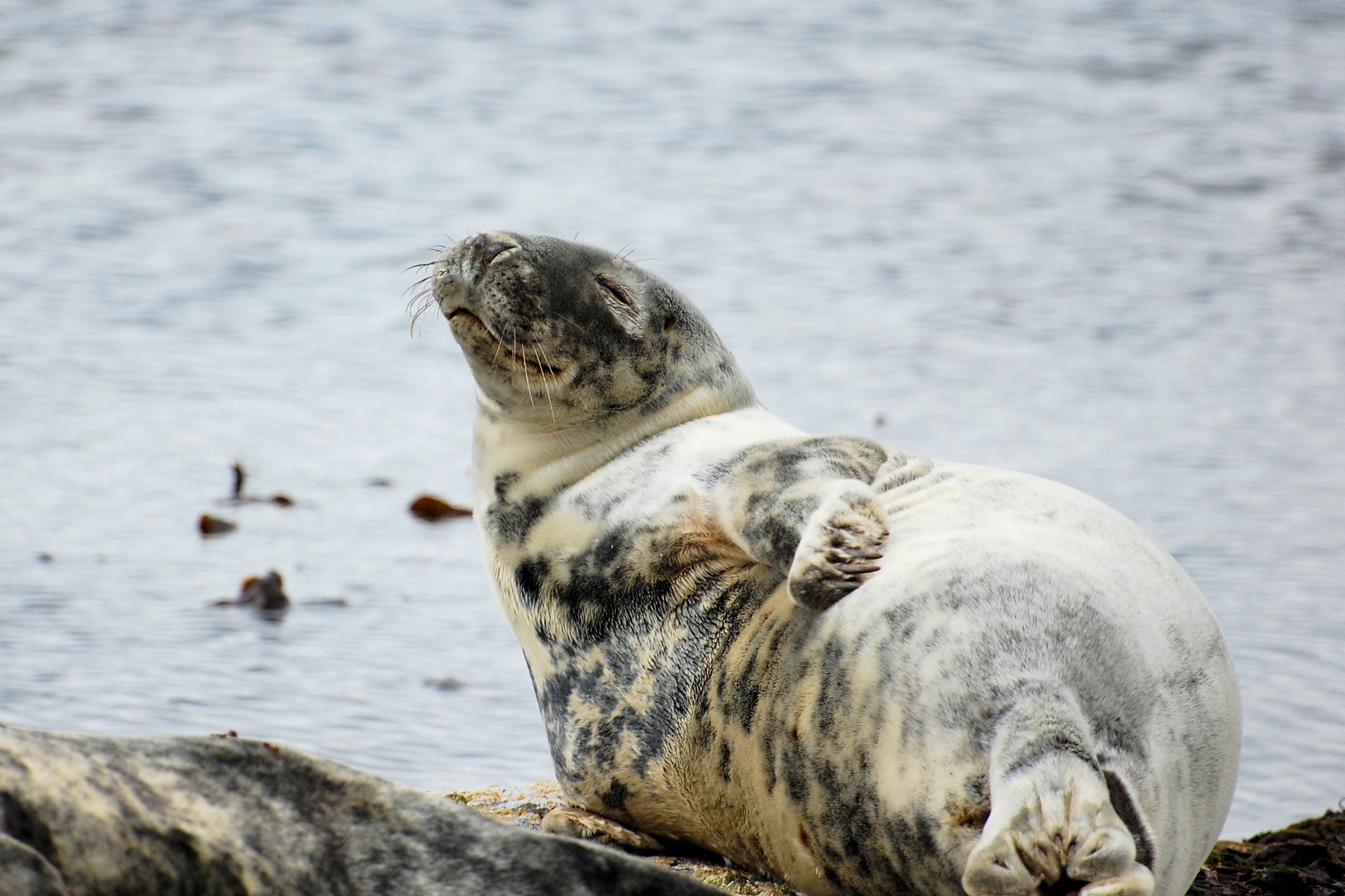 Do you know what object associated with 'the Cutie' is located on the Hel Peninsula? It’s a Seal Sanctuary which looks after seals. If you ever find a sick seal on the shore, call the Hel Marine Station. The staff members will come and take care of the seal in order to cure it. It’s called rehabilitation. The Marine Station is also an educational centre. You definitely must go there with your parents to see the seals they take care of.

previous: The cod “the Elegant Moustache” next: The common shrimp “the Black Eye”