The chinese mitten crab “the Asian”

It’s the biggest Baltic crustacean and has got a huge carapace. Its front hands are armed with claws, which in the case of male crabs are very hairy and look like fur gloves. Where does its fighting attitude come from? The Chinese mitten crab likes to boss and it drives other crustacean out. What a bandit it is! On top of that, it eagerly devastates fishnets and water plants.

They can be most often spotted near shipyards where sea vessels are built. Young crabs like to travel and they willingly wander upstream and along the sea coastline, just as their parents do. During a day, they play hide-and-seek hiding under stones and dig holes onshore.

They find water in the Baltic Sea too salty and it is the reason they don’t want to start their families here. 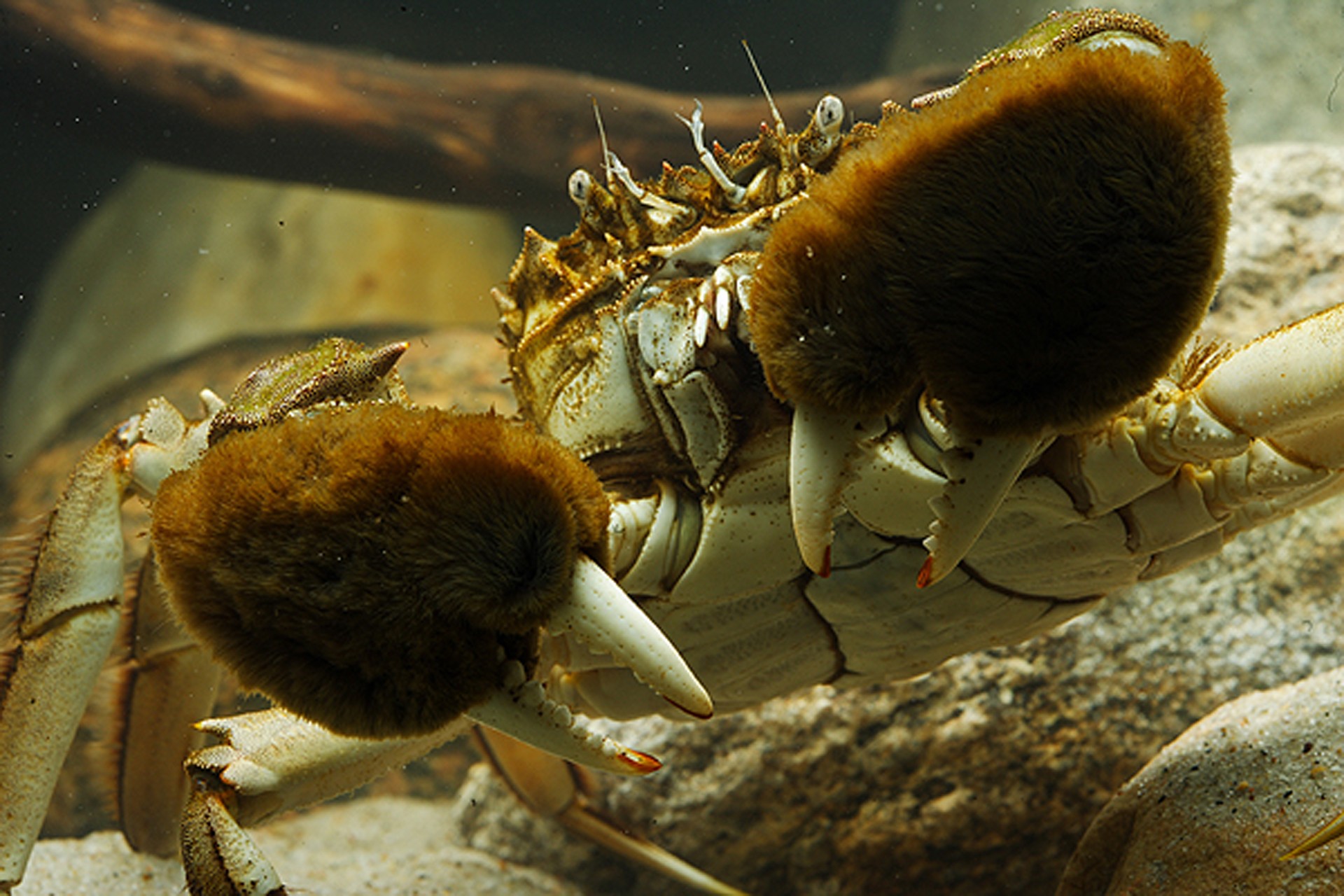 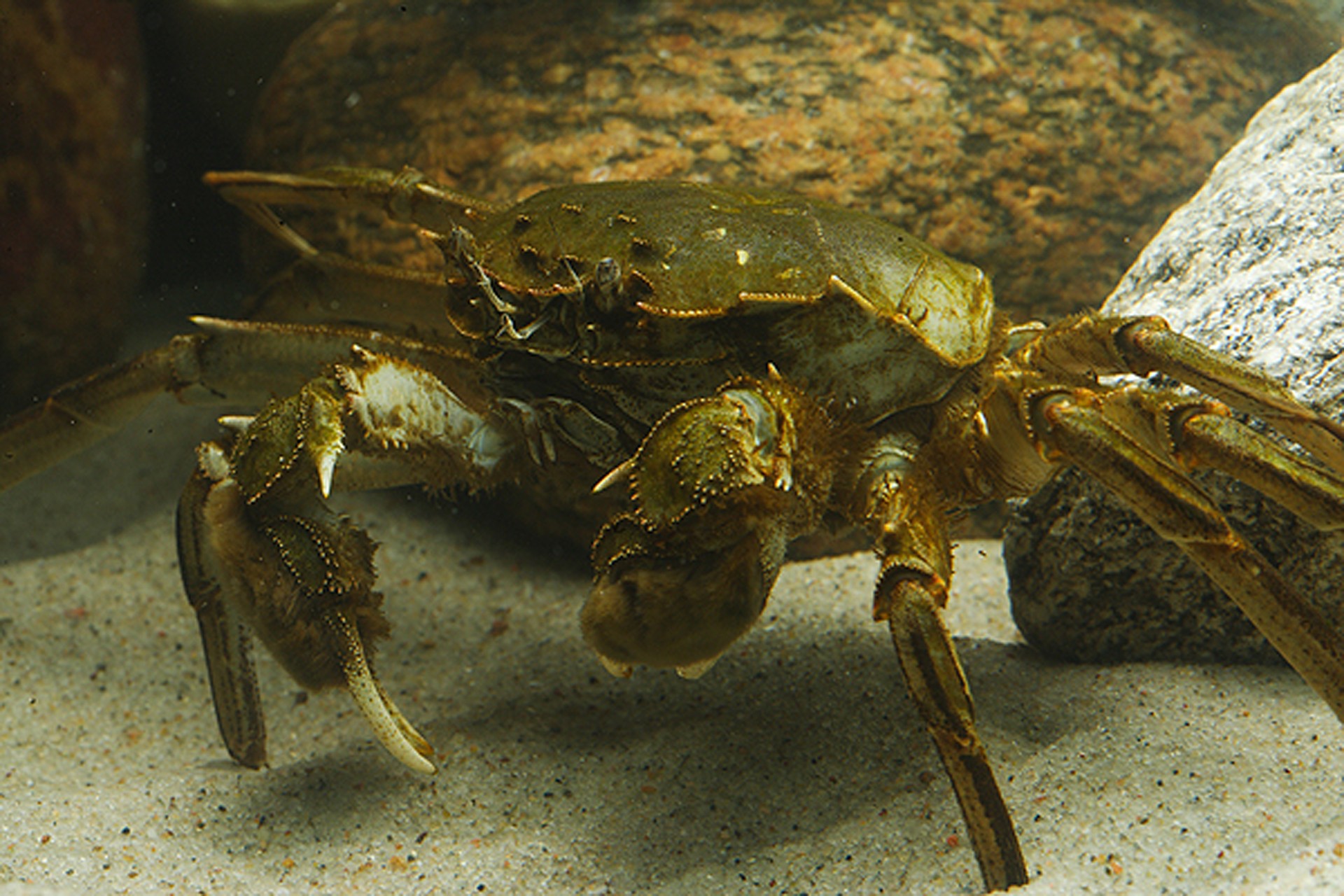 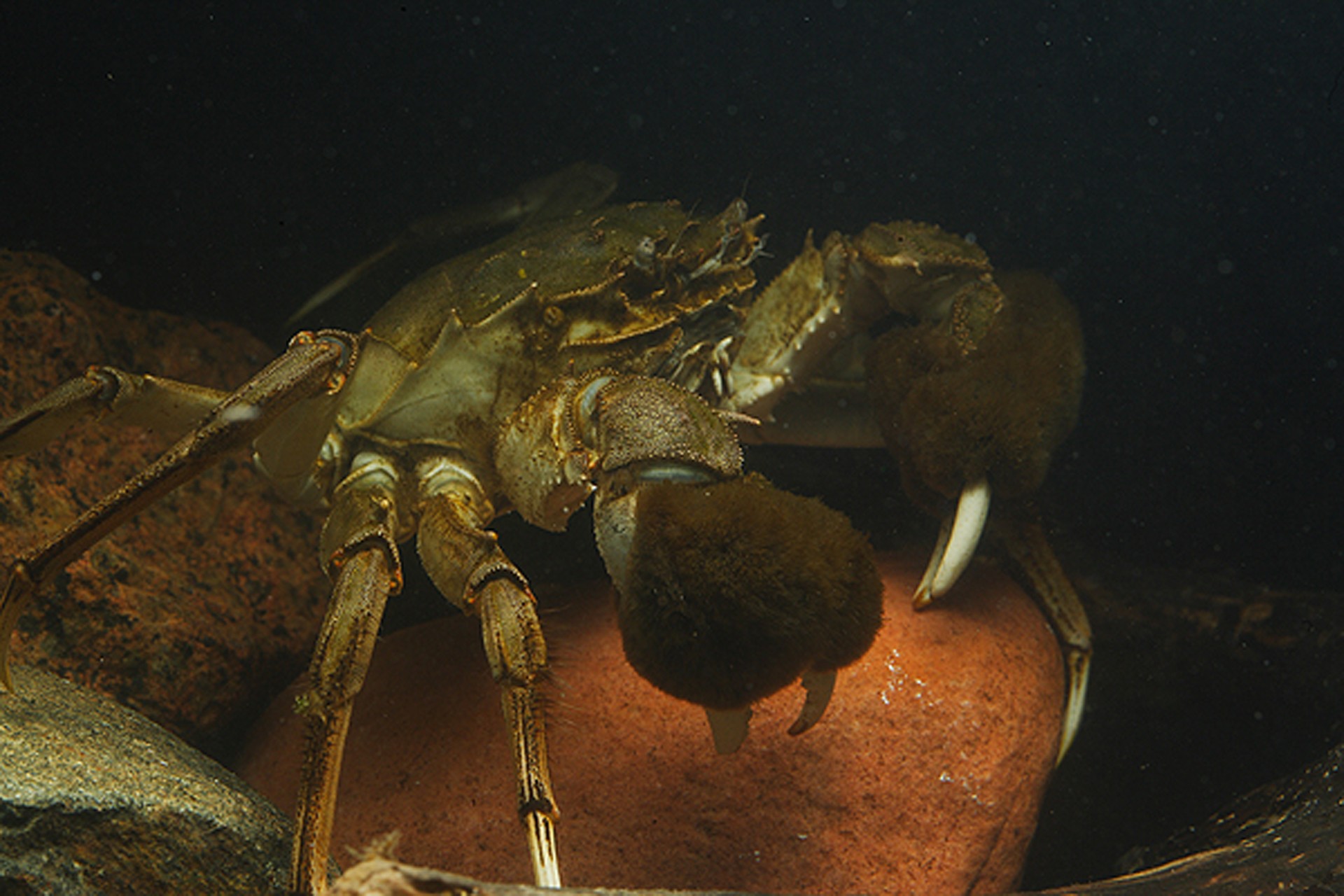 The chinese mitten crab comes from China. Hence its nickname, “The Asian”. How did it get to the Baltic Sea? Rumour has it that being curious out  journeys, it attached to the bottoms of ships sailing to Europe. The crab found The North Sea a good place to settle down and have baby crabs. From there it was close to the Baltic Sea and this is how it came to us.

previous: The mallard “the Fancy-Pants” next: The common prawn “the Night Shifter”